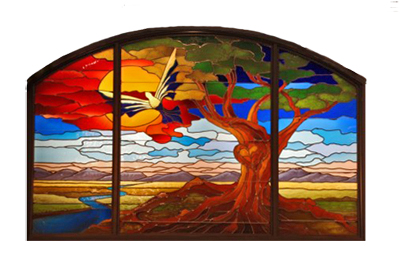 Historical records indicate that there have been Truth students meeting to explore New Thought religious ideas in the greater Rochester area since 1916. In the early days the entity that would eventually become Unity Church of Greater Rochester (UCGR) met in different locations and was known by different names at different times: Unity Church of Truth, Unity Center of Practical Christianity, and Christ Center Unity.

The official records of Unity Worldwide Ministries show an affiliation with the Unity movement in Rochester beginning in 1930, under the guidance of a well-known Unity minister and New Thought author and teacher, Raymond Charles Barker. After a few years Rev. Barker handed on the work to Mrs. Elise Rosenburg, whom UCGR considers as their founding minister. Rev. Rosenburg was eventually ordained by Charles Fillmore, co-founder of the Unity movement.

In June, 1945, Rev. Rosenburg and her followers decided to incorporate as Christ Church Unity so that they could buy property and own their own building. Groundbreaking for the current church building, located in the center of Rochester’s cultural district occurred in July, 1969.

UCGR’s commitment to the Truth as taught by Unity Founders Charles and Myrtle Fillmore and UCGRs founder, Rev. Rosenburg has remained constant and continues into the 21st century.

A world powerfully transformed through the growing movement of shared spiritual awakening.

Embracing all, we transform our lives using Unity Principles.

We live our Core Values